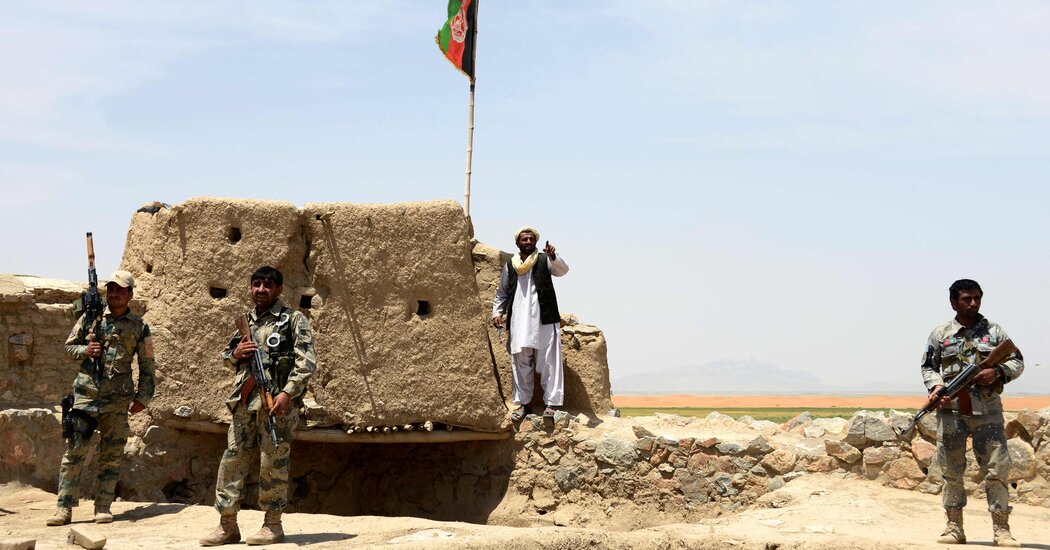 KANDAHAR, Afghanistan – Some of the most intense border clashes between Pakistan and Afghanistan in recent years left at least 15 civilians dead on the Afghan side on Thursday, officials said.

Afghanistan has accused Pakistani forces of firing heavy artillery at civilian areas following protests by communities on both sides demanding the reopening of a nearby border crossing that Pakistan had closed in an attempt to limit the spread of coronavirus.

Hayatullah Hayat, the governor of Kandahar province, where the clashes took place, said the worst Pakistani artillery barracks started around 7pm and reached the Spin Boldak area. In addition to the deaths, at least 80 other civilians were injured, he said. Afghan security officials said they had retaliated with rockets. Videos from social media apparently shot from the Pakistani side showed the dark sky lit by intense crossfire.

According to Pakistani officials, a Pakistani local government delegation in Balochistan province had arrived at the border.

General Yasin Zia, the head of the Afghan army, has ordered that the three army corps stationed in the border areas be “fully ready to retaliate against the Pakistani military in kind” and deploy special forces and his country’s air force on “high alert,” Afghanistan’s defense minister said in a statement.The ministry estimated the death toll at nine, including one child.

Movement across the porous border had been restricted by the Pakistani side in recent months over concerns over the pandemic, which has hit both countries hard. The restrictions especially affected communities on both sides of the Shaman crossing, people who rely on easy border trade, such as workers or smugglers, to make a living.

For several weeks, protesters staged an intervention on the Pakistani side of the crossing at Chaman demanding the resumption of normal flow. In June, Pakistan reopened commercial trucks, but the pass remained closed to passengers and workers. The border was opened for travelers stuck on both sides on Wednesday, but the protest to allow the routine crossing of workers had continued.

The situation escalated on the Pakistani side on Thursday, with reports from Pakistani forces opening fire on protesters during the clashes and killing at least two people. Protesters disrupted a Covid-19 quarantine facility. When thousands of travelers stuck on the Afghan side rushed through the crossroads in the chaos, they were hit by a Pakistani fire that also hit Afghan border police facilities. According to witnesses, the situation erupted in full-scale clashes that intensified into the night.

Adeel Ahmad, a Balochistan provincial official, said Pakistani security forces had denied targeting civilians and had only fired shots into the air to disperse protesters and maintain order.

“Daily wage workers, especially those working on both sides of the border are under more pressure and have demanded the government lift restrictions on movement and economic activity,” Ahmed said. “Locals say we can tolerate hunger and unemployment more and we want a solution to the current impasse. Locals are also resisting government plans to introduce passport and biometric systems for cross-border movement.”

Afghan officials and residents of Spin Boldak district said a heavy artillery fire by the Pakistani side forced hundreds of families to flee their homes from border villages last night.

The two countries share a long border, about 1,500 kilometers, which was drawn by the British in the 19th century and left the Pashtun ethnic tribes divided. Consequent Afghan governments have questioned the legitimacy of the division, known as the Durand Line, as the official border. Pakistani government efforts to build reinforced fences and security checkpoints along the border have angered Afghan officials and communities in the area.